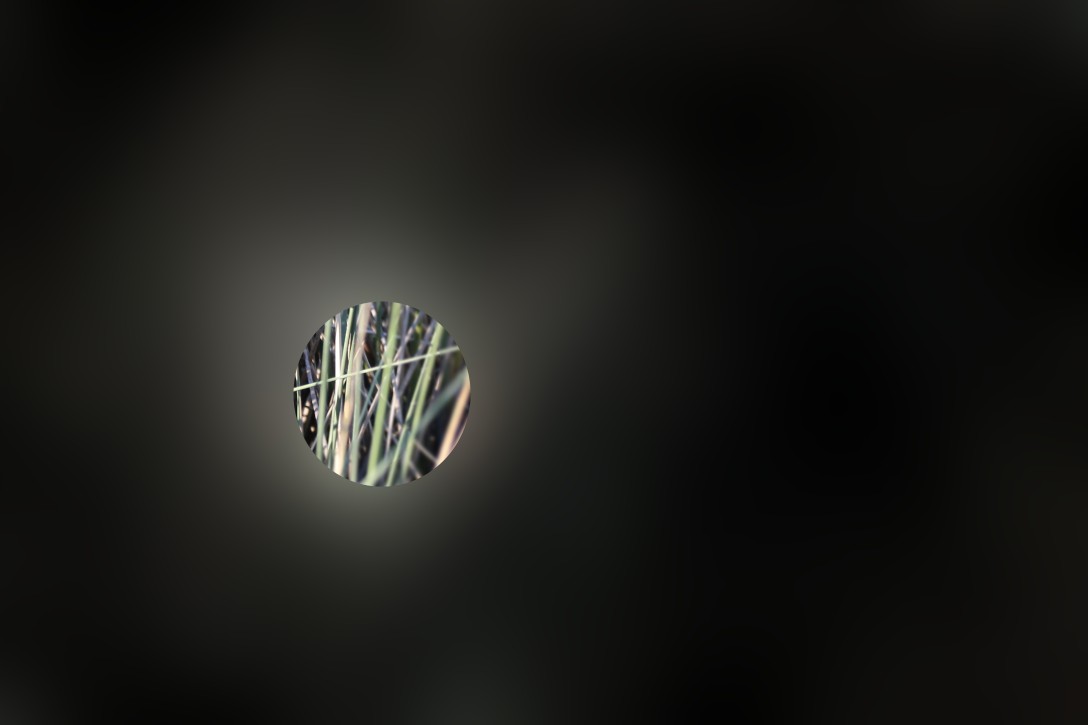 Retinitis Pigmentosa, or RP, is a degenerative, hereditary eye disease, and a miserable hand to draw at the table of genetic inheritance.

RP reduces, or outright destroys, peripheral vision, by attacking the rod photoreceptors which are distributed to the sides of the retina, away from the back of the eye, where the cones predominate. The cones provide detail, acuity and color perception, but they are limited to the center of the visual field. So the RP victim typically experiences tunnel vision, though in some cases it compromises the cones too, resulting in total blindness.

The rod cells that populate the outlying regions of the retina also provide night vision – a fact known to every amateur astronomer, for it makes possible the trick of averted vision: while looking at a particularly faint object, you are advised to direct your eye askew, letting the faint light of a distant galaxy of diffuse nebula fall upon the rods on the side of the eye. And indeed, what was only a faint smudge before will become a slightly brighter, more detailed smudge. With RP the rods don’t function, so low-light conditions are no-light conditions.

One might think that tunnel vision implies a view of blackness punctuated by a small aperture of visibility, like this:

This is not accurate. There isn’t any black. To see the black of the tunnel walls would be to see something. There just isn’t anything to see beyond the central core. And the brain isn’t content with the lack of information from the eyes, so it fills in. Sight is a joint effort of optics and image processing that builds a view of the external. In my experience, a better representation, though not perfect, is more like this:

In neither case can you discern the Many-colored Rush-tyrant to the lower right of the area of interest:

The ruse makes it seem that the tunnel isn’t there. And if nothing happens or changes in the visual periphery, then the illusion is good. It’s as if you see everything. You can walk through your house, the details of which are well-known to your brain, without incident. But should the cat decide to crouch on the floor, the cat will be trod upon. Cats eventually learn to alter their behavior in a house with a blind person.

More difficult to navigate are public areas with people moving about without constraint, such as a busy airport. You seem to see everything, but then suddenly, a body materializes, as if beamed there by the fastest of teleporters, so close that a collision is barely (or not) avoided. It is startling, sometimes embarrassing, and potentially dangerous. (Airports are hell, as they are the natural habitat of rollerbags, those dreadful trailing extensions invariably in the no-sight zone. To those of us with reduced vision, they are a damned scourge.)

But the greatest frustrations for a birder involve birds, of course. We once attended something called “Jaegerfest” in Superior, Wisconsin. It was not a good experience. A ceaseless and hellish October wind came pouring off the Great Lake, watering the eyes and freezing the tears, while thousands of unidentifiable distant gulls wheeled in the poor light. From the assembled line of scope-wielding birders came the occasional cry of “Jaeger!” and instructions to look “at two o’clock, above of the water tower” or something similar. That anyone could then pick out one bird from that swarm was quite impressive, but beyond my abilities, so we left.

A nearby small lake provided a respite from the wind, and the waterfowl took advantage. Pintail, Green-winged Teal, Canvasback – amazing how they rode the waves on that blustery day in such a tight group, even as a man in chest waders clambered out towards them… what an idiot I am. I had trained my scope on this while a few bemused locals snickered behind me about the nice mixed flock of decoys I was studying.

We went back to Lake Superior, in time for the excitement of a Sabine’s Gull flying directly towards the shore, mixed among the copious and less interesting gulls. With RP, finding the unique gull flying amidst hundreds of others is no easier than finding a Greenlet up in the canopy. According to those around me, that Sabine’s Gull flew within tens of meters of the shore, banked, displayed its signature pied wing pattern in a most edifying and satisfactory manner, and then departed. I never saw it. The fellow next to me observed aloud that “No one can complain about that! What a great view!” Well I could have complained.

I used to keep my vision problems to myself, unwilling to be treated differently. But after the disbelieving guffaws of more than one guide and declarations such as “What? It’s right in front of you! How can you not see it?!” I decided to tell all my guides up front that I had a disability. Good guides account for this and remember, but others… not so much. After explaining my situation (in Spanish, no less) to a guide in the Ecuadorian Amazon, he was soon shouting at me, “Look with your binoculars! Look with your binoculars!” when a skittish Rusty-belted Tapaculo was moving below some nearby leaves in a very dark forest. As if that would have helped. I was lucky to have seen a flash of it with my unaided eyes.

Testing The Patience of Birding Guides Around the World – that’s my motto. Happily, most of them do a fine job, and more often than not I get the bird, because I’ve learned to be content if I get a recording of their call or song. However, I’ve been tempted to bring along some hardware that others can try on to see what it is like to bird in the tunnel:

View all posts by legallyblindbirding