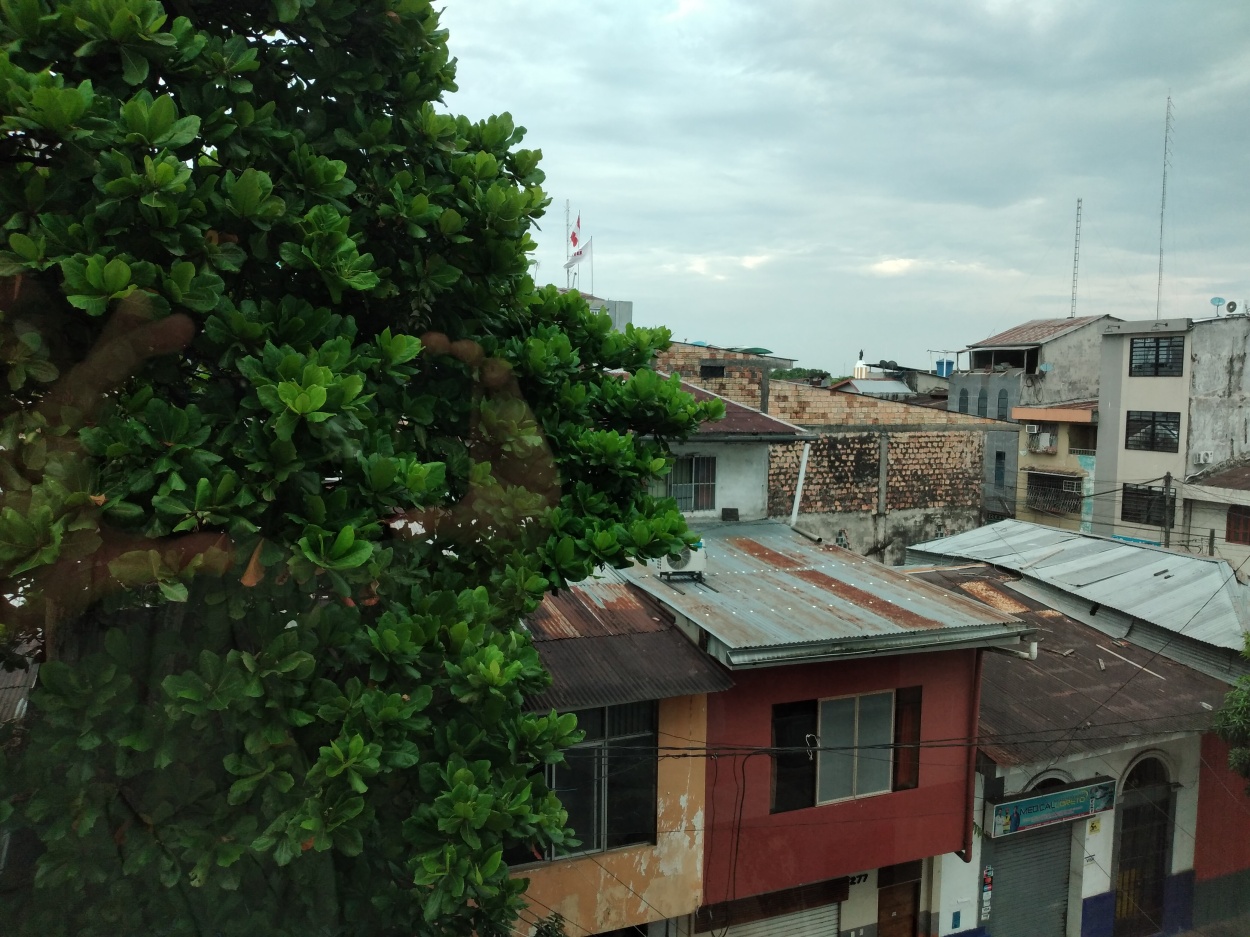 So today was a tough one. To recap, we were off the grid, as the only two guests down at the WiFi-less Heliconia Lodge, until the 24th.

On the 24th we came back to Iquitos and learned about a WhatsApp group called Stuck in Iquitos. I joined and then signed up on various lists, so that the people trying to get Americans out of this remote locale would have us on their radar.

Yesterday, the 25th, it was learned that the State Department was setting up a special charter direct from Iquitos to Miami, for the 26th, today.

Last night we found out that our names somehow were not put on the manifest. And that they could not make any changes or additions.

So today, at noon or so, an Airbus A320, which can hold 150 passengers, will take 107 Americans back home. Good for them. But they are leaving some of us behind. My attempts to do anything about this, or get an explanation, gets zero response.

Yesterday we made our first excursion outside the hotel in order to go to the grocery store. I smuggled my bins along in a bag just in case we saw something. Taking them out on a street corner, on of the rubber eyecups, which had been getting loose, came off and proceeded directly down a sewer drain and was gone.

Time to go find some city birds from our window!

Edit to add… Peruvian president just announced that this national lockdown will not end on March 31, but on April 12.

Grim situation all around.