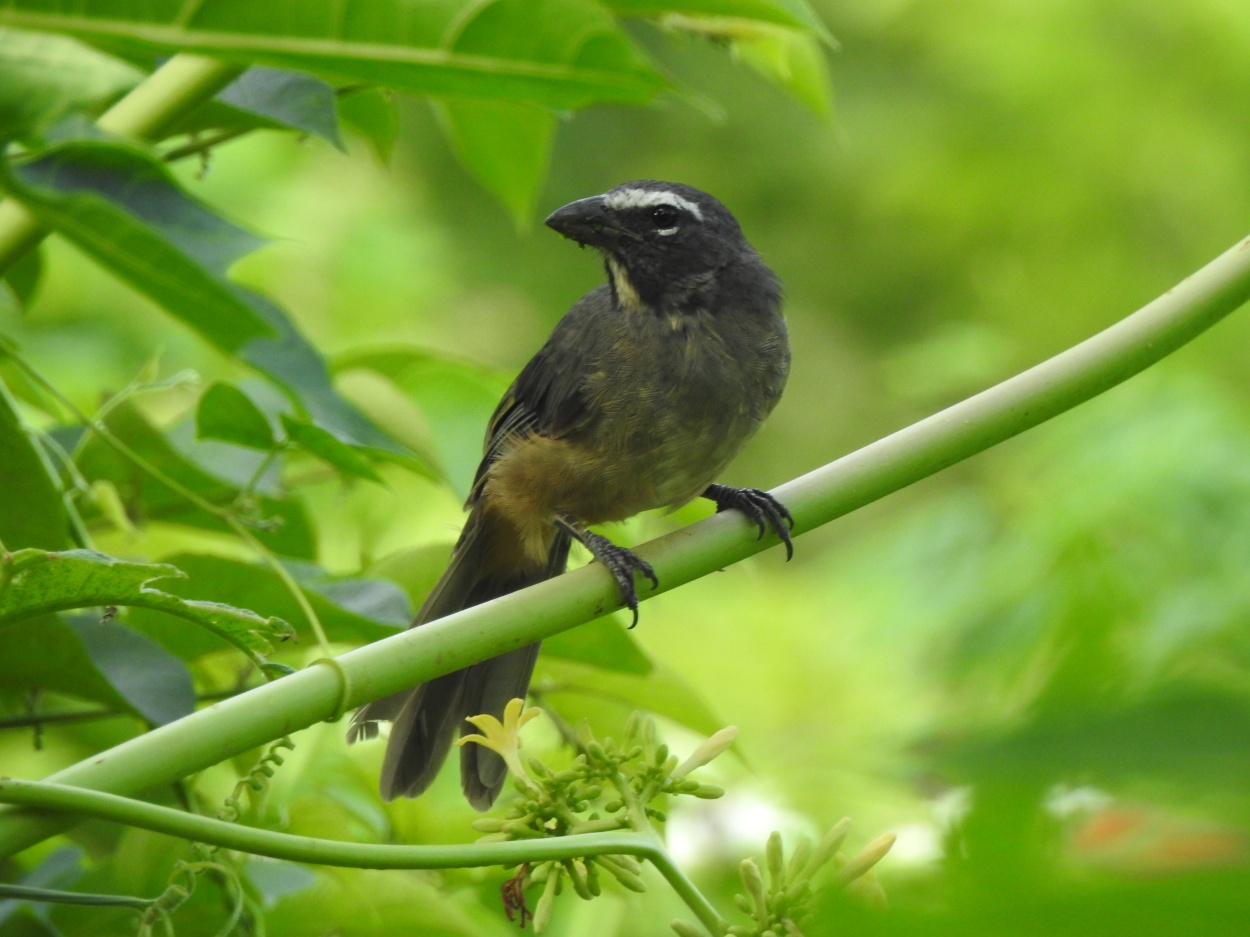 Sun Country airlines, based out of our home city of Minneapolis, was recently offering $300 round-trip, direct flights to Cancún, Mexico (some of their domestic direct flights have been as low as $8 one way). It was too hard to pass up a cost-effective chance to go on a Mopping-Up Mission for a few of the stragglers we’ve missed on previous Mexico trips. Also, we’d never made it out to nearby Cozumel Island, where a couple endemics live, so we put this on the agenda too. And of course, we need very little prodding to visit The Country With The Greatest Food In The World.

Mexico, as of mid-September 2020, is one of only three tropical countries in the western hemisphere where US citizens can travel with no need for quarantine or a negative COVID-19 test (the others are Brazil and the Dominican Republic, which will offer some kind of free travel/health insurance in an effort to lure tourists there).

We’ve birded Mexico quite a bit already, but the eBird Target Species function showed about 40 potential lifer species were still out there in the states of Yucatán and Quintana Roo. Arriving in Cancún we immediately headed south and spent several days on our own in the much quieter town of Puerto Morelos.

This part of Mexico had just downgraded their COVID advisory from orange to yellow, which meant that large crowds, of mostly locals, descended onto the beaches in droves. Luckily we had no need to be birding in these areas but instead worked the mangrove edges around town.

September is still scorchingly hot and humid here, and birding from about 10AM to 3PM or so is utterly pointless as nothing is moving or calling except for the grackles and doves. Time needs to be utilized wisely since there are only about six good hours a day to use.

Our plan was to spend one of our first days at a lovely hotspot we had visited about ten years ago, the Jardín Botanico de Alfredo Marin, which lies just outside of Puerto Morelos. I made the mistake of trusting Google Maps in terms of the accesibility of this place – it indicated that it was open daily. After we walked out there from town, we found that it had been shut down, and it showed no sign of opening up anytime soon. While Google Maps seems to keep up with virus-related changes to business hours here in the US, it does not in Mexico. It led us to a number of boarded-up restaurants, too.

So we were left to search out other areas around town, and luckily we found a good one. On the other side of the freeway from the Jardín, we found a network of roads with no buildings or restictions to access – I have no idea why this was here, but it provided miles of tree-lined, easy walking with no human activity to disturb anything. There is an operating junkyard here, but it is localized to the northeast corner of the boxed region in the map above.

One of the first things we found on these roads was a coati batting around a tarantula:

After two days of birding on our own and picking up some of the easier targets such as Yucatán Vireo and Orange Oriole, we met up with several guides from Contoy Excursions, a tour company based out of Cancún. I had sent them our target list previously and they developed an aggresive four-day itinerary that included a variety of habitats. First up was the area around the Toh Reserve, west of Puerto Morelos. As you might have guessed, the Toh Reserve is closed indefinitely, so we had to bird the adjacent roads. Here we spent several hours trying to get a glimpse of the oddly elusive and shy Yellow-billed Cacique. I had always thought of caciques as brash and bold, like mini oropendulas… yet I was starting to wonder why we never saw this species, which has been in many areas we have previously birded. Now I know why. We eventually saw bits of them through layers of plants as they skittishly fled away from us.

Next up was a drive to Playa del Carmen to take the 40-minute ferry trip out to Cozumel Island. We had four principal targets there: the two endemics, Cozumel Emerald and Cozumel Vireo (the Cozumel Thrasher has not been reported on eBird since 2004), as well as the Caribbean island specialist Western Spindalis, which is not on mainland Mexico, and the dreaded White-crowned Pigeon, another near-nemesis that has refused to show itself dutring our many Florida excursions. Happily we got them all in the quiet town of El Cedral.

Our next destination was back on the mainland around Tulúm and further south, near the Sian Ka’an reserve, which I believe is also closed – we didn’t even try to go there. Instead, at the Muyil ruins we picked up three more targets, Tawny-winged and Ruddy Woodcreepers, as well as the Tawny-crowned Greenlet, which I miraculously somehow actually saw.

I have decided that greenlets are the single most difficult group of birds. I would much rather search for fidgety gnatcatchers or skulking tapaculos or even Phylloscopus warblers instead of these buggers. Their small size, color, habitat, and non-cooperative attitudes make them terribly painful for me and my crap eyesight. So I don’t expect to ever get photos of them. Saltators, though… love to be photographed, it seems.

Now we started to trek inland to cooler elevations around Valladolid. This involved the first crossing of state lines from Quintana Roo into Yucatán, where the COVID rules are more strict – mask use is required even outdoors while in town, and neck gaiters or bandanas do not suffice to gain access into stores. Still, hardly an inconvenience, given that we are allowed to come to Mexico at all.

Some twenty minutes southeast from Valladolid is Xocén, a small village with lots of walkable dirt roads and lots of birds. Here we finally encountered an elusive pair of Gray-throated Chats, and after dark, heard both Yucatán Nightjar and Yucatán Poorwill. They refused to be seen, unlike the Common Paraques that sat and fluttered all over the roads.

Our final destination was the northern coast of the peninsula, where two restricted-range species reside: Yucatán Wren and Mexican Sheartail. They were not hard to find in the dry, scrubby outskirts of Las Coloradas, near Rio Lagartos. The wrens in particular were easy as they formed large, conspicuous, noisy groups.

So not a bad jaunt, with 120 species and 24 lifers, or over 50% of the targets – I always consider that a success. But it takes a lot of these little trips to get any substantial numbers, and our next trip needs to be a big one – hoping that Peru will open up in the next few months so that we can get back and finish that adventure. Otherwise, northern Brazil beckons.

Our guides had not had any clients of any kind since March and were really chomping at the bit to be out working again. It was satisfying to be back in the international birding game and contributing to the local eco-tourism economy. Once more borders start to open and restrictions get relaxed, one can imagine that there will be significant opportunities to travel cheaply on half-full planes for a while. We are trying to prepare for this upcoming, optimal birding window, so as to get the next thousand or so that will get us to our Half Of All World Species goal. And then, no more damned airplanes!